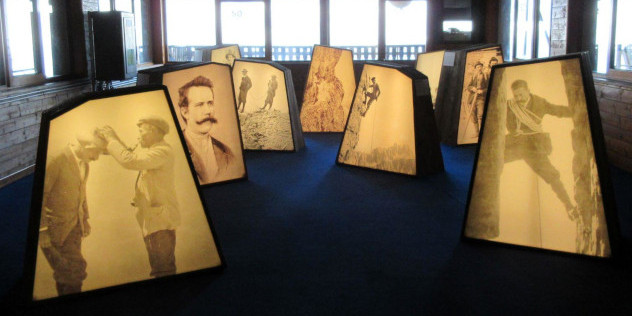 Per aspera ad astra (a Latin phrase meaning “Through hardship to the stars”) is a photo exhibition taking place from 19th June to 19th Septmber at Cima Tofana, at the arrival of the highest stretch of the Tofana Freccia nel Cielo cable car. The exhibition looks into the history of mountain guides in Cortina starting from the 19th century through photos and other documents. First launched in 2018 for the 50th anniversary of the cable car, it will be made available also for summer 2021.
The history in the exhibition starts with the first mountain guides in Cortina, with the Viennese mountaineer Paul Grohmann who contributed to creating the profession of the Mountain Guide in Cortina. With his book Wanderungen in den Dolomiten (1877), he helped to popularise the beauty of these areas, making the location famous throughout Europe. The first hotels and the railway were built, and a new profession became available for people who loved the mountains and had detailed knowledge of them: Mountain Guide. The first guides were chamois hunters, who chased their prey on the steepest terrains and mountains, but in 1871, Cortina already had 9 official mountain guides. The number of the guides increased and increased. Among them there are some who have entered the history of mountaineering, such as Antonio Dimai, who accompanied Albert I, King of the Belgians, in his adventures on the Dolomites. Celebrating their deeds and some of their most important climbs with clients is a tribute to a long history and tradition and it is particularly ideal to celebrate it in 2021: 150 years since the first mountain guide in Cortina. Mountaineering has evolved over the years, but Cortina's guides are still among the world's best, also because the Dolomites are still today peaks that all climbers want to conquer and once on the top, after a difficul ascent, they can say they have reached the stars. "For aspera ad astra".
EXPLORE MORE 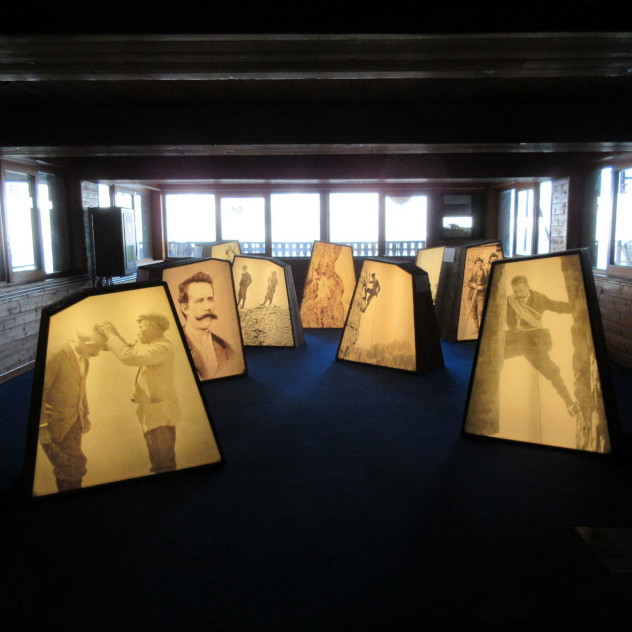 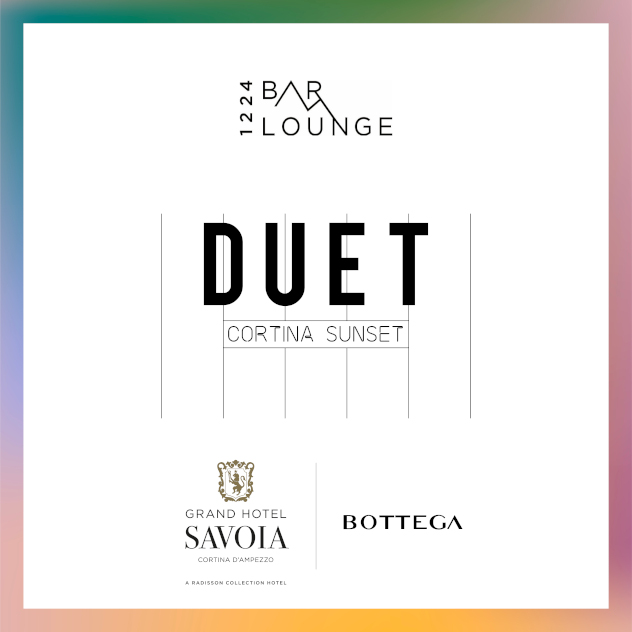 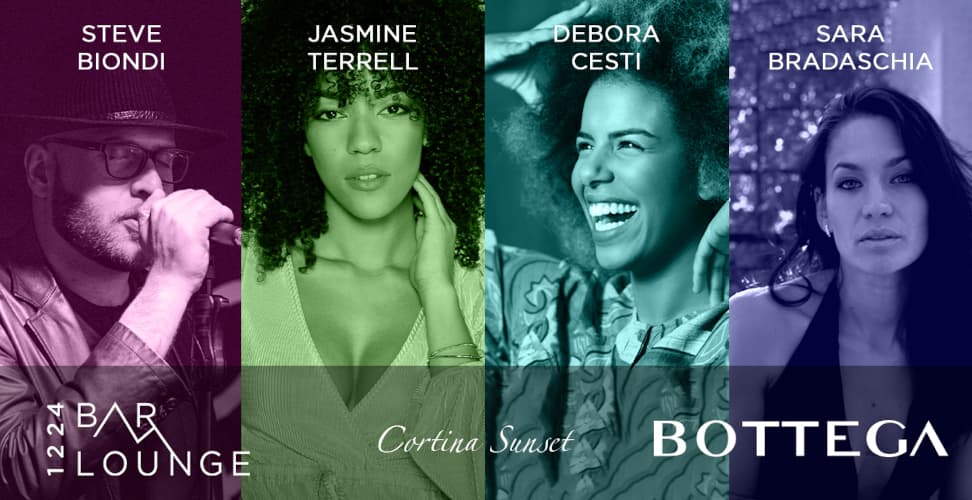 Stevie Biondi, born Stefano Fabio Ranno, was born in 1989 in the province of Catania, where he grew up in a family of musicians. His grandmother, who performed under the stage name Tina Adolfi, sang in the theatre and for EIAR (the future RAI). His father Giuseppe, aka Stefano Biondi, was a well-known singer-songwriter in Sicily, and his brother Mario Biondi an internationally renowned singer, author, arranger and producer.
After performing on several albums and tours with his brother, Mario, he embarked on his own solo career which saw a number of impressive collaborations with artists such as Papik, Mon Real Sound, Serena Brancale, Alessandro Bertozzi, Nik Valente, etc.
Expect a very eclectic range of music to accompany your evening aperitif: from popular Latin and jazz standards, to songs by the most famous artists of R&B, soul and black music, and disco and pop from the 70s onward, this is sure to be an occasion to warm your soul and keep you dancing til dawn.

Jasmine Ashley Terrell aka "JAZ" is considered to be one of the brightest young new talents of Italian Soul - R&B music.
Italo AfroAmericana, she originally hails from Louisiana, where her passion for music was born from her love for Hip Hop, a form of music that characterized her childhood.
She has always been a singer and songwriter of Soul-R & B music and, thanks to her unreleased recording of Fall in Love (Tonight) JAZ, she was signed to a major recording contract in 2018 that will soon see her collaborate with a number of renowned international artists.
Her budding talent has already led her to perform at a number of famous Jazz & Soul Festivals, as well as treading the boards at several famous Italian theatres and clubs.
Accompanied by a band of highly talented musicians led by renowned pianist and keyboard player, Dario Dal Molin, famous for his collaborations with International Soul artists, JAZ presents her latest single “Hard to Love U”. An event that will surely take you on a journey through all the incredible sounds of black music!

Debora Cesti is an artist of Ethiopian and Eritrean origins who has collaborated with a number of artists from the Italian music scene (Alex Britti, Marco Mengoni) and made several television appearances (Stasera Casa Mika).
Her passion for music comes from her love for soul, blues, and funk, which she has performed in various Milanese clubs with several different bands.
Debora enchants the audience with both her voice and her smile, giving unique performances of her repertoire which ranges from Nu-Soul, to R&B & soulful jazz.
Debora will be accompanied by renowned musician, Dario Dal Molin, a much sought-after performed right across the Italian Pop and R&B scene.

Born in Trieste, Sara began her journey into the world of music after she retired from professional athletics in 2008. In 2015, she moved to London and began touring on the UK music circuit, singing backing vocals for several famous artists, such as Mario Biondi and Tony Momrelle (Incognito). In 2019, she backed Stormzy when he headlined on the Pyramid stage at Glastonbury Festival.
She is currently working on a solo recording project, produced by Incognito leader Bluey.
EXPLORE MORE 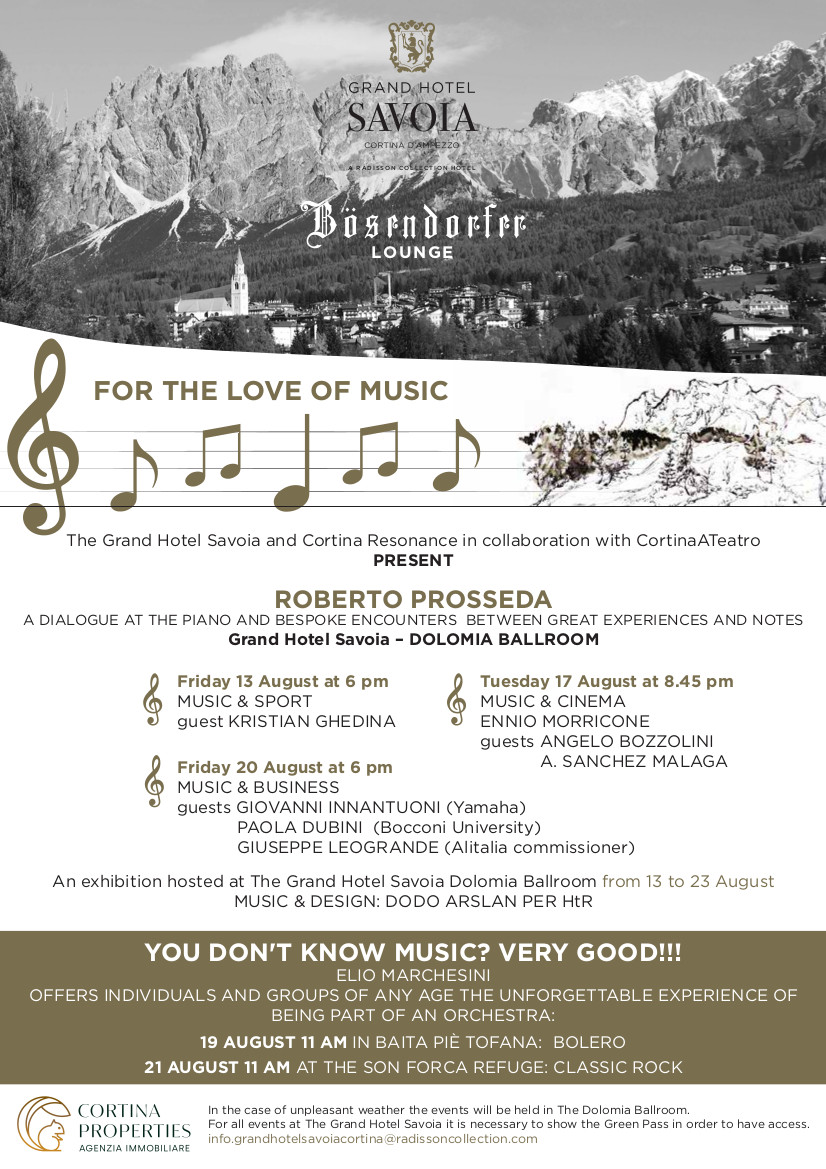 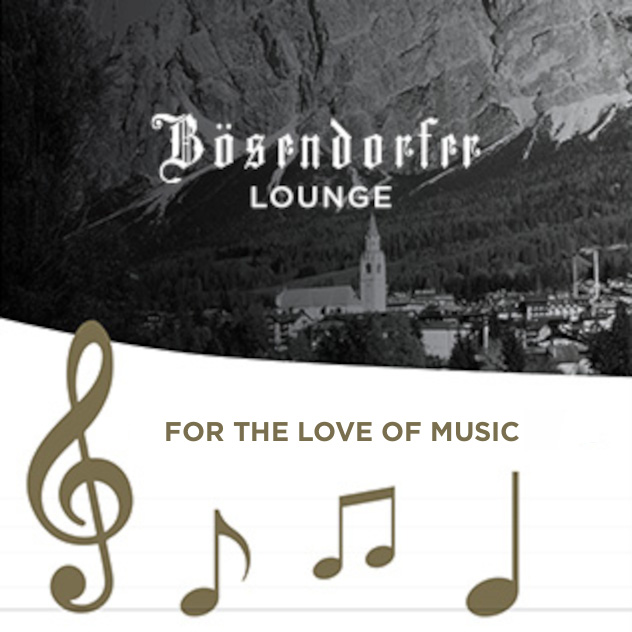 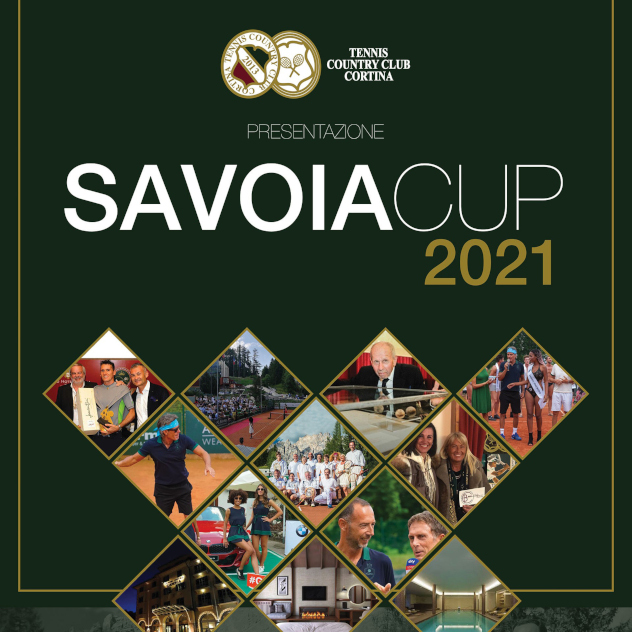 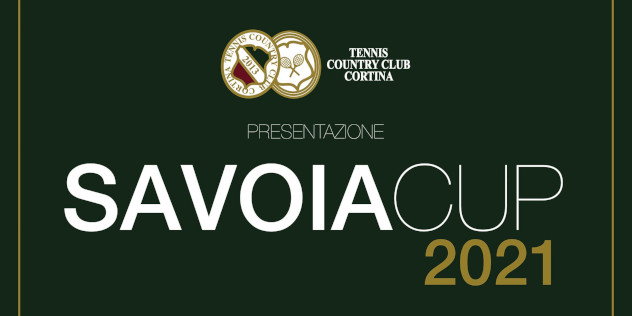 Tennis Country Club Cortina
Località Sopiazes 32043
Cortina D'Ampezzo
(+39) 0436 868486
This email address is being protected from spambots. You need JavaScript enabled to view it.

The game is on! The Savoia Cup is back this  summer. The Great VIP team challenge is about to start on august 20th-21st. Be part of the action at the 1224 altitude @atp_tennis_cortina  Tennis Country Club Cortina a Tennis & Padel Affair in the heart of the Dolomites
EXPLORE MORE

Museum of Modern Art "Mario Rimoldi" – Admire a collection of sculptures and frescos by some of the greatest authors of the Italian twentieth century.

Museum of Paleontology "Rinaldo Zardini" – Featuring an important collection of fossils, remnants of an ancient past.

Ethnographic museum Regole d'Ampezzo – Offering a look into the local history and traditions.